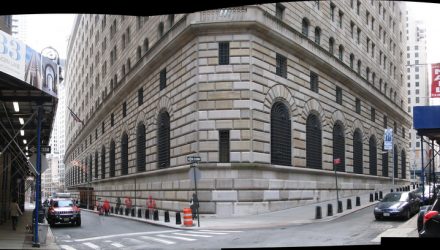 Yesterday, the Treasury began auctioning off $34 billion worth of 3-year Treasury notes, its largest in the last eight years, as part of a $78 billion quarterly government refunding effort. The selloff will commence on Thursday with an all-time high of $18 billion in 30-year notes.

The auction for the 10-year-notes, which occurred at 1:00 p.m. ET was met with strong demand, quelling any analysts concerns that investors would not purchase all $26 billion in notes–the largest sale since the $25 billion auction of 10-year notes in February 2010.

“So much for the record auction size being a disincentive to bid aggressively,” said Ian Lyngen, head of US rates strategy at BMO Capital Markets.

The auction comes ahead of important inflation data out later this week, but analysts cite short-term rate adjustments in Japan and Europe as potential drivers.