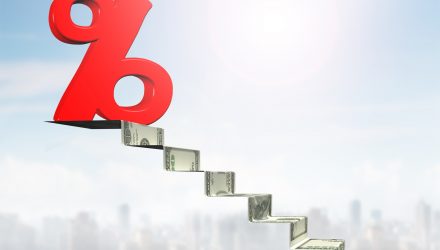 With stock market declines racking investors’ confidence in U.S. equities, could a subsequent move to the sidelines into cash be a byproduct of rising rates?

The capital markets are expecting a fourth and final rate hike by the Federal Reserve come December, which could lead to investor capital being diverted from stocks as the rates offered by certificates of deposit (CDs) could present a more attractive option to park cash. For the risk averse, this could be a more plausible option, especially if October’s sell-offs and the pre-Thanksgiving volatility churned enough stomachs in their wake.

“Cash will represent a competitive asset class to stocks for the first time in many years,” Goldman Sachs wrote in a note to clients.

During the height of the decade-long bull run over the summer, investor sentiment was in a risk-on mode with CDs falling to the wayside as a result of their low rates of return versus other riskier assets like high-yield bonds or technology stocks. In order to remain competitive, CD rates have been on the move, climbing as high as 3% at certain online banks versus their brick and mortar counterparts.

In the meantime, companies are feeling heat from investors to increase their profit margins as volatility continues to stymie stock prices. Companies are keen to prop up their stock prices by buying back their own shares, thereby reducing the number of shares outstanding in the open marketplace.

In addition to buybacks, there’s also concerns brewing that this flight to cash might negatively affect stock prices, but some analysts beg to differ.