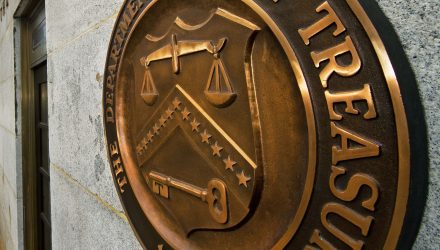 Treasury note yields were partly to blame for last week’s stock sell-off and today, those jitters returned with the benchmark yields ticking higher, particularly the short duration 2-year note edging up to 2.903–a level not seen since June 2008.

Yesterday, the minutes from the Federal Open Market Committee session from Sept. 25-26 were released, which showed Fed members indicating that more rate hikes are likely to come. Last month, the Fed raised the federal funds rate by 25 basis points to its current level of 2.25, citing continued strength in the economy.

As such, the path to higher rates would likely be sustained as long as the economic data continues to support growth.

“I look at the Fed’s minutes and see nothing but hawkish things. This is not a Fed that’s going to slow down in any way,” said Tom di Galoma, head of Treasury trading at Seaport Global Holdings.