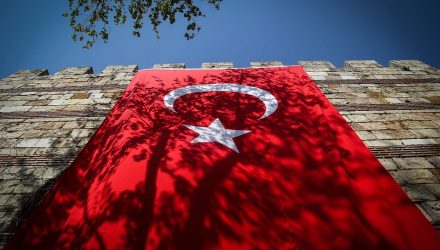 Turkey President Prefers Rates to be as Low as Possible

Turkish President Recep Tayyip Erdogan is in the midst of an ongoing economic hurricane as the local currency continues to devalue in addition to the rising yields on Turkish bonds, which have rocketed past the 20% yield level. However, unlike Turkish bond yields, Erdogan prefers interest rates to go the opposite direction with rates being as low as possible.

“Interest rates should be kept to a minimum because they are a tool of exploitation that makes the poor poorer and the rich richer,” Erdogan said in a speech.

To some market experts, it will take more than just an interest rate hike to solve Turkey’s economic woes.

“There are only three options to halt the freefall of the Turkish lira,” tweeted Dani Rodrik, an economist at Harvard University. “1. Sell dollars at the expense of using up the central bank’s reserves. 2. Announce a serious rate hike. 3. Capital controls. Choose your poison.”

As benchmark Turkish bonds see record-levels in terms of yield, prices of dollar-denominated bonds issued by the Turkish government and banks fell even further on Monday. Some Turkish bank debt fell over 15 cents on the dollar.