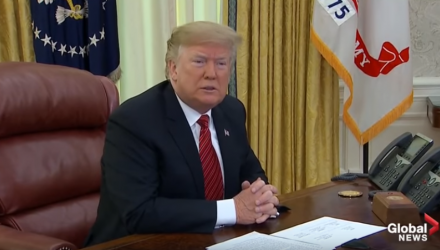 “U.S. President Donald Trump spoke about the government shutdown on Tuesday after speaking with military members to wish them a Merry Christmas, and said the government wouldn’t open until there was a border wall or fence. The government has been shut down since Dec. 22 after the Senate did not pass a House bill which would have kept funding going until February, but included border wall funding that Democrats said they would not vote for.”