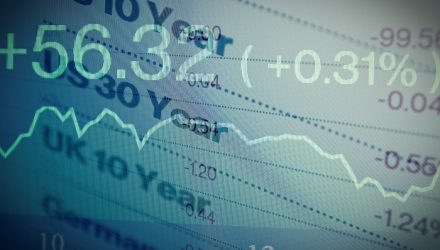 The Dow Jones Industrial Average rallied over 600 points as job growth surged to 312,000 during the month of December, handily beating economists’ expectations of 176,000 nonfarm payrolls added. In the bond market, Treasury yields rose across the board with short and long duration notes ticking higher.

The data caps off what’s been a rough start for the capital markets in 2019 amid global growth concerns. However, the latest employment data could help allay fears of a global economic slowdown.

“The economy has been slowing, but someone forgot to tell the labor markets,” said Jim Baird, chief investment officer for Plante Moran Financial Advisors. “Employers, it would seem, didn’t get the memo from Mr. Market that it’s time to tighten their belts.”

“The far bigger than expected 312,000 jump in non-farm payrolls in December would seem to make a mockery of market fears of an impending recession,” said Paul Ashworth, chief U.S. economist at Capital Economics. He added that the report “suggests the US economy still has considerable forward momentum.”

In addition to jobs added, wages grew 3.2 percent from the previous year and 0.4 percent higher than November.