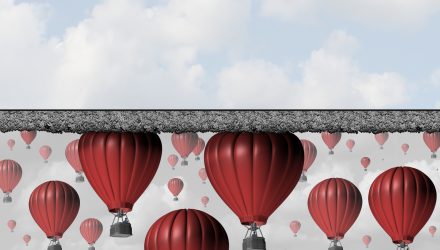 Has the 10-Year Treasury Yield Hit a Ceiling?

The 10-year Treasury yield edged higher to 2.908 on Thursday as the capital markets play the waiting game on U.S.-China trade talk news and next week’s potential rate hike, but is the benchmark note close to hitting its ceiling?

The 10-year note has been on an upward trajectory since October of last year, but fixed-income investors are wondering if it still has room to run–some analysts don’t think so.

The Federal Reserve has began to echo remarks of dovishness with next week’s interest rate decision looming. Based on the general consensus in the markets, the central bank is poised to raise interest rates for a fourth and final time in 2018.

Backed by economic data, such as a strong labor force exhibiting increased wage growth and a generationally low unemployment level, a rate hike appears to be certain.

“The Fed’s ability to surprise the market has kind of diminished. They’ve been so transparent. They gave us this playbook that they’re going to follow,” said Boris Rjavinski, director rate strategy at Wells Fargo. “They kept telling us they’re data dependent and the data’s getting a little softer. If you rank it on a relative scale of where the possibility of the greatest surprise would be coming from now, it’s politics. It’s not monetary policy for the time being.”