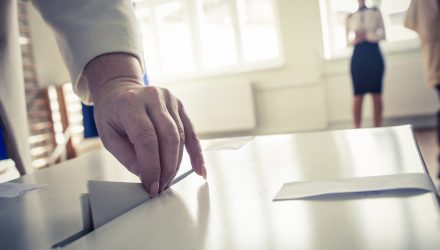 The 2018 Midterm Election results didn’t surprise analysts in political and economic circles, but as a post-midterm election rally ensued in U.S. equities, benchmark Treasury notes headed the opposite direction.

After a volatile October month for both stocks and bonds, U.S. equities were the beneficiaries of the rally as the Dow Jones Industrial Average gained over 350 points as of 1:15 p.m. ET. Bond prices rose as benchmark Treasury yields mostly ticked lower across the board.

As the Democrats gained control of the House of Representatives and the Republicans maintained majority in the Senate, the markets did as expected with no curveballs thrown.