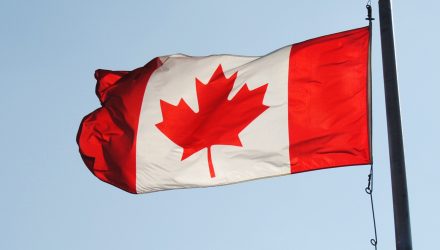 United States Treasury Secretary Steven Mnuchin is hopeful that an overhaul of the North American Free Trade Agreement with Canada will be accomplished in expedient fashion.  However, if no progress is made with its other NAFTA trade partner, it will move forward with the deal struck with Mexico yesterday.

Mnuchin’s comments come after U.S. President Donald Trump announced that a revamped NAFTA deal with Mexico was made. According to President Trump, the deal would effectively eliminate the NAFTA name and would now be called The United States-Mexico Trade agreement.

The Trump administration was pushing for a revamp of the NAFTA agreement prior to December 1 when Mexico turns over its leadership to the incoming administration of President-elect Andrés Manuel López Obrador.

With the differences ironed out with Mexico, Mnuchin hopes the next shoe to drop will be Canada.

“We did what the president’s objectives were, which were to rebalance the relationship, to modernize it and to create more market access” said U.S. Treasury Secretary Steve Mnuchin. “So now, we’ll turn to Canada. Hopefully, we’ll get Canada on board.”

The Dow Jones Industrial Average finished up over 250 points on news of the NAFTA deal with Mexico. The Dow was up slightly today–over 50 points.

“I think our objective is to try to get Canada on board quickly,” said Mnuchin. “This is a great deal for American workers. If you remember one thing, this deal is about more trade for U.S. companies and goods and services, and that’s what we’re focused on.”