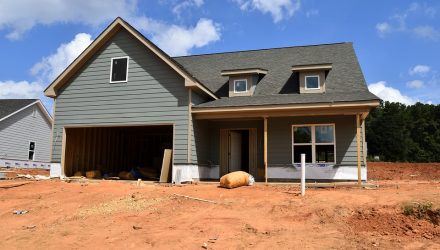 Mortgage applications got a much-needed boost last week as interest rates held steady amid rising home prices. According to the Mortgage Bankers Association’s seasonally-adjusted report, a 4.2% rise in mortgage applications came, but volume was 15% lower.

However, rates may be on the move as the minutes of the Federal Reserve’s last policy meeting suggest that come September, the central bank will likely raise rates for a third time this year. In June, the Fed raised the federal funds rate 25 basis points to its current level of 2.

Sales of new U.S. single-family homes were down in the month of July, falling to a nine-month low. The Commerce Department new home sales decreased by 1.7% to a seasonally adjusted annual rate of 627,000 units in July–its lowest level since October 2017.

June’s sales pace was revised up to 638,000 units from the previously reported 631,000 units. Economists polled by Reuters had forecast new home sales, which account for about 10 percent of housing market sales, rising to a pace of 645,000 units in July. 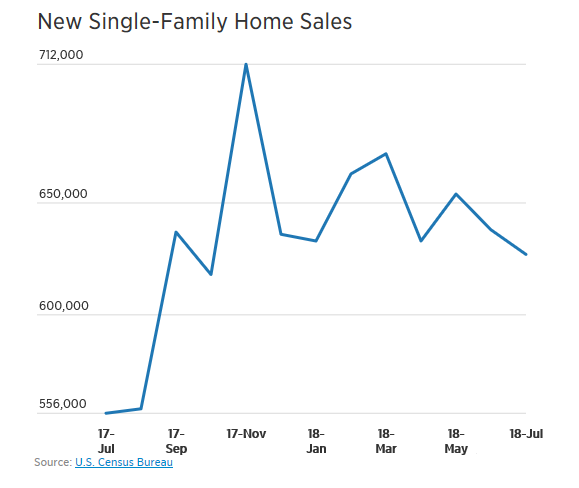 “Housing activity in general has retreated from levels that were temporarily boosted by 2017 natural disasters –hurricanes and wild fires— that forced displaced households to seek alternative housing. The housing sector is also undergoing an adjustment to affordability that is less attractive than it was for most of the cycle, as well as changes in the treatment of SALT deductions in the federal tax code. That is the bad news,” said Ward McCarthy, Jefferies LLC economist.