100% Chance of December Rate Hike 'Premature'
You are at:Home»Rising Rates Channel»Shift to Neutral Policy Not to Too Far Away, Says Fed President 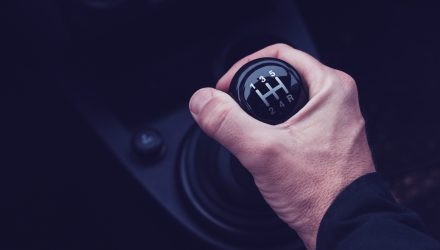 Shift to Neutral Policy Not to Too Far Away, Says Fed President

Like a newly-licensed driver operating a clunky manual transmission, the Federal Reserve has been feverishly looking for neutral and it appears that after shifting higher with rate-hikes through 2018, neutral policy might not be too far away, according to Atlanta Fed President Raphael Bostic.

“I don’t think we are too far from a neutral policy, and neutral is where we want to be,” Bostic told the Global Interdependence Center in Madrid, Spain. “I am inclined to think that a tentative approach as we proceed and get closer and closer to neutral would be appropriate.”

The Fed installed its third rate hike in September and is widely expected to raise rates for a final time to cap off  2018–its fourth for the year and possibly the eighth since 2016. With unemployment at generationally low levels, economic growth and an inflation target close to meeting its 2% level, the CME Group’s FedWatch Tool is showing a 72.3% chance of raising rates in December another 25 basis points to bring the federal funds rate to 2.50.

As far as where neutral range rests, Bostic sees it at between 2.5% to 3%.

Rate Hike in December Not 100% Certain

While the general consensus is one more rate hike is imminent, saying the chances are 100 percent would be too soon, according to San Francisco Federal Reserve Bank president Mary Daly.

Daly foresees more rate hikes to come, but as far as when they will occur, that is something she can’t determine just yet.

“My modal forecast is for two to three (rate hikes) over the next period of time, with the exact timing not being certain,” said Daly.

The latest Fedspeak is the movement of rates toward a level of neutrality, but that could mean different things to different people–Daly has her own assessment.