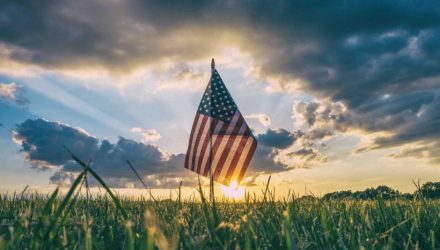 Stocks posted a solid gain, the U.S. dollar was relatively flat and Treasury yields changed little—it could be the calm before the storm as voters headed to the polls for the 2018 Midterm Elections on Tuesday. It’s a stark contrast when juxtaposed with October’s volatility where rising interest rates were partly to blame for the mass of sell-offs, and more rate hikes could come as a result of the midterm elections.

A number of proposals will be left for the voters to decide, including elections policies, marijuana, taxes, health care and minimum wage—just to name a handful. Whatever the voters decide, the passing of legislation that will require more government spending in conjunction with an already hawkish Federal Reserve creates the perfect mix for higher interest rates.

As far as paying for that increased spending, increased taxes on the wealthy will certainly not pass unobstructed so the easiest path would be to take on more debt. The U.S. is already leveraged to the hilt with the federal budget deficit for fiscal year 2019 standing at $985 billion.

More debt won’t come without a price and with higher interest rates driving up the cost to borrow, it could tamp down the growth of businesses who need to take on loans to fund long-term investments.