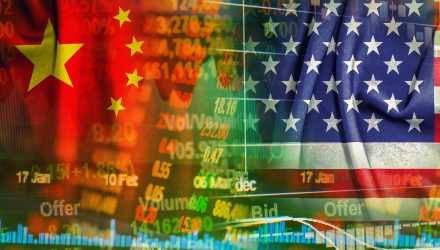 The wind of Wednesday’s rally was momentarily taken out of the sails in U.S. equities on Thursday as the Dow Jones Industrial Average fell over 100 points while investors await the results of a G-20 Summit meeting between U.S. President Donald Trump and China president Xi Jinping.

The markets reacted negatively as President Trump spoke with reporters at the White House prior to his departure to the meeting in Buenos Aires where he was tepid about a possible trade deal.

After a tumultuous October that saw massive sell-offs, particularly within the technology sector, and more sell-offs spilling over into mid-November, investors are hoping for a year-end rally to cap off 2018. A trade deal between the two economic superpowers can certainly be the trigger event  “that would set us up for a Santa Claus rally,” said Robert Pavlik, chief investment strategist at SlateStone Wealth. “Powell’s comments were the bandage the sleigh needed. Now you have to get the sleigh back in the air so Santa can deliver those presents. That’s what this weekend is all about.”

The markets were lifted yesterday with investors hanging on every word of Federal Reserve Chairman Jerome Powell’s speech at the Economic Club of New York where he said that rates are “just below neutral.” Markets responded positively with the Dow gaining over 600 points.