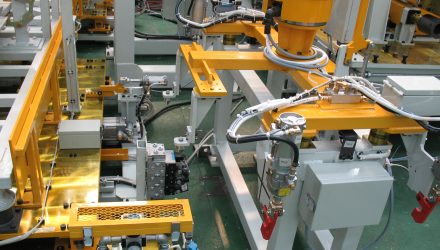 U.S. Treasury yields went up across the spectrum as the Institute for Supply Management said its manufacturing index jumped to a 14-year high of 61.3% in August, which increased from 58.1% in July.

“2018 has been a banner year for manufacturing, despite concerns about tariffs and trade barriers that have been ongoing for months. The increases in the prices of various input materials from tariffs and natural inflation pressure hasn’t significantly dampened overall activity. We do not see anything in the data that portends a slowdown,” said Thomas Simons, senior money market economist at Jefferies.

Trade concerns continue to be on the minds of investors, specifically the NAFTA agreement between the United States and Canada. With a soft deadline last Friday, the U.S. and Canada were unable to procure a revamped NAFTA agreement. Canada is seemingly the next shoe to drop after a deal with Mexico was agreed to last week, but U.S. President Donald Trump appears to be in no hurry with Canada, citing that there’s “no political necessity to keep Canada in the new NAFTA deal.”