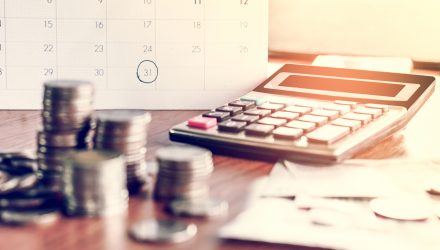 Investors Are Cutting Back on Financial ETF Exposure

Financial sector-related ETFs have been slowly going out of favor as some investors grow concerned over the outlook for bank earnings.

For example, the Financial Select Sector SPDR (NYSEArca: XLF) has experienced $928.8 million in outflows since the start of the second quarter.

The average U.S.-based fund has diminished its stake to financial companies by almost 1.1 percentage points in the second quarter to approximately 14%, the largest single-quarter reduction since at least 2013, Reuters reported.

“The flatter the yield curve the harder it is to make money,” Ian McDonald, co-leader of the financials research team at Janus Henderson Investors, told Reuters, adding that “funds are looking around and saying that if we’re going to see weaker growth then we need to get out of financials.”

The spread between yields of two-year and 10-year U.S. Treasuries are now their flattest in 11 years.