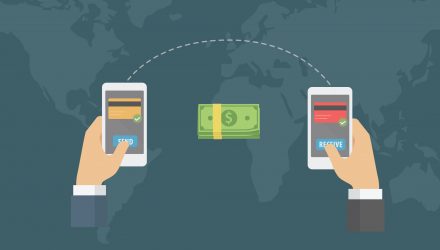 In what can be seen as glum news for a group of exchange traded funds struggling even as interest rates, some analysts and market observers believe the impact of higher interest rates on banks’ net interest margins (NIMs) will diminish in the coming quarters.

The Federal Reserve has raised interest rates three times this year with another rate hike widely expected in December, but those moves have not propped ETFs such as the SPDR S&P Regional Banking ETF (NYSEArca: KRE) and the SPDR S&P Bank ETF (NYSEArca: KBE). KBE and KRE are down an average of almost 9% just this month.

“US banks should begin to see less and less benefit to earnings from rising short-term interest rates over the coming quarters,” Fitch Ratings says. “Net interest margins (NIMs) have continued to expand on a year-over-year basis due to the ongoing ability to lag funding costs relative to loan and investment portfolio repricing.”

“Given how low rates were for so long, most U.S. banks had positioned their balance sheets to be asset sensitive,” said Fitch. “Banks that had been more asset sensitive at the beginning of the Fed tightening cycle were generally rewarded with margin expansion. By and large, these banks have shorter duration loan and investment portfolios, as well as strong core deposit franchises. Consequently, funding cost betas have remained lower relative to earning asset betas.”