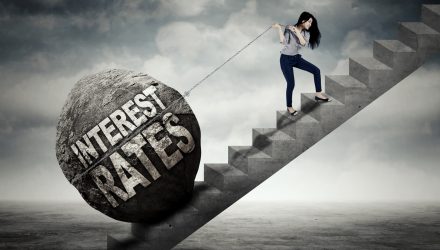 The common notion in the capital markets today is to expect the expected as the Federal Reserve will likely maintain their hawkish stance and increase the federal funds rate today to cap off a two-day monetary policy meeting that began yesterday.

With the markets already betting on a rate hike, the major indexes didn’t move much to begin the opening session as the Dow Jones Industrial Average was up over 50 points, the S&P 500 was up just over five points and the Nasdaq Composite was up about 18 points as of 11:00 a.m. ET.

The Fed has a bevy of economic data that shows a strong economy, including second quarter gross domestic product showing an increase of 4.2%, which is expected to be revised higher to 4.3%. In addition, the extended bull market has added more fuel to the proverbial flame with the S&P reaching record-breaking levels.

While rate hikes are expected through the end of 2018, various market experts paint different pictures for 2019 and beyond.

“Now we could be getting to another inflection point,” said Robert Tipp, chief investment strategist at PGIM Fixed Income. “This was the year where they could hit every meeting. The economy is doing well, there’s a little bit of stress with trade, emerging markets, but not anything enough to give them sufficient pause to take them off course. The dynamic is likely to change a great deal. They’re going to pass from an environment where the policy is pretty accommodative to one where the policy is pretty neutral.”

According to the latest CNBC Fed Survey, which showed that a rate hike today is all but certain at 98%, the chances of another hike in December is just as strong at 96%. The Fed’s two-day monetary policy meeting began yesterday, and the common notion among the capital markets forecasts that more rate hikes are to come.