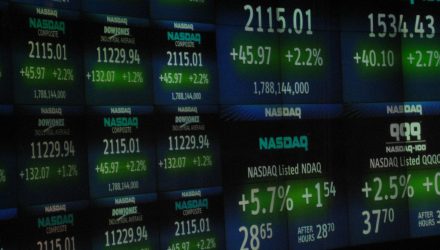 With the economy growing at a rampant pace, the capital markets are predisposed to the idea that the Federal Reserve will continue to raise rates, but the latest real estate data published by the Commerce Department could signal otherwise.

The Commerce Department revealed that sales of new homes dropped 5.3%–below a downwardly-revised May figure and representing an eight-month low. This, combined with the National Association of Realtors reporting that existing homes sales fell by 0.6% in June, could show possible cracks in the real estate market.

According to the National Association of Home Builders, housing comprises between 15-18% of GDP–a combination of residential investment and consumption spending on housing services. A lagging housing market could put Federal Reserve Chairman Jerome Powell on pause with respect to rate-raising if he sees the real estate sector in the rearview mirror while the rest of the markets pass by above the speed limit.

“The housing market led the general economy out of the recovery and now it’s leading” it toward a slowdown, said Zillow Senior Economist Aaron Terrazas.