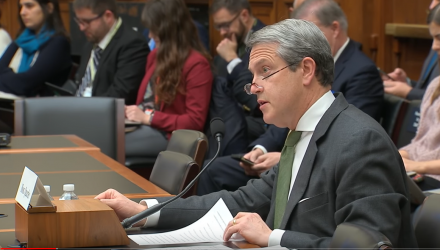 Last week, investors were hanging on every word of Federal Reserve Chairman Jerome Powell’s speech at the Economic Club of New York with the markets responding positively when Powell said that rates are “just below neutral,” but what exactly did he mean? Federal Reserve Vice Chairman for Supervision Randal Quarles provided some clarification on the Fed Chair’s comments.

The general interpretation is that the Fed will be backtracking on their aggressive rate-hiking policy, which sent positive vibes throughout the capital markets. However, other analysts saw the 600-point gain in the Dow Jones Industrial Average that ensued following Powell’s speech as an overreaction as “just below neutral” could suggest different things.

According to Vice Chairman Quarles, “neutral” falls within the range of 2.5% to 3.5%.

“Jay (Powell) had said quite accurately that we are approaching that range,” Quarles said at the Council of Foreign Relations.

Furthermore, in terms of further rate hikes, the Fed’s decision will be heavily dependent on the pulse of the economy as revealed by the latest data it receives.

“Where we will end up in that range will depend on the data we receive and our assessment of the performance of the economy over the next year,” Quarles added.

Quarles did acknowledge that the concept of a neutral rate can be a cause of confusion as it could mean different things to different people. Nonetheless, his comments parallel that of Powell’s, saying that the Fed has successfully been able to tamp down inflation and reduce unemployment.