You are at:Home»Rising Rates Channel»Fed Will Be Less Predictable After Next Week’s Rate Hike 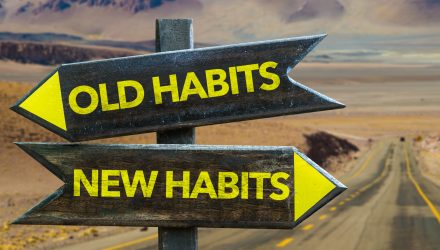 Fed Will Be Less Predictable After Next Week’s Rate Hike

The capital markets are widely expecting another Federal Reserve rate hike next week, but afterwards, the central bank could be less predictable as it takes into account real economic data as well as the latest volatility rumblings in the stock market, among other things.

Furthermore, a confluence of events stemming from the possibility of an inverted yield curve and trade wars could muddy the once-clear path to rate hikes during the historic bull run seen in U.S. equities. In the futures market, there’s an even more tepid stance on the certainty of even a rate hike on Dec. 19.

“To us the trade war and the Fed are the two biggest headwinds for the market,” said Julian Emanuel, head U.S. equity and derivatives strategist at BTIG. “I think part of the reason we’re not lower right now is that the market is starting to discount the probability of the Fed not moving next week.”

The doubt in the futures market still contrasts that of the general consensus as the CME Group’s FedWatch Tool is calculating a 78.4% chance the Federal Reserve will hike rates by another 25 basis points. However, backed by a strong labor force evidenced by wage growth and a generationally-low unemployment rate, the general consensus is still that a rate hike will be standard fare with the Fed not pulling any rabbit punches on the capital markets next week.

“The Fed’s ability to surprise the market has kind of diminished. They’ve been so transparent. They gave us this playbook that they’re going to follow,” said Boris Rjavinski, director rate strategy at Wells Fargo. “They kept telling us they’re data dependent and the data’s getting a little softer. If you rank it on a relative scale of where the possibility of the greatest surprise would be coming from now, it’s politics. It’s not monetary policy for the time being.”