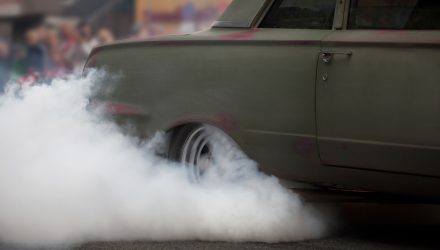 Fed President: No Need to Keep ‘Foot on the Gas Pedal’ to Overheat Economy

Before its third interest rate hike last month, the economy was charging forward vis-à-vis an American muscle car in a street race driven by a strong stock market that has seen the major indexes like the S&P 500 reach record levels. However, with volatility rearing its ugly head to start the fourth quarter of 2018, the Federal Reserve might be thinking twice when it comes to raising rates in order to keep up with the pace of the economy.

“And while I wrestle with that choice, one thing seems clear: there is little reason to keep our foot on the gas pedal,” Atlanta Federal Reserve President Raphael Bostic said in a speech to business leaders in Baton Rouge, Louisiana.

After last month’s announcement that the Fed is hiking rates by 25 basis points to 2.25, Fed Chairman Jerome Powell proceeded to receive a battery of questions regarding the health of the broad economy, but in particular, he also had to address the trade wars, particularly between the United States and China. Market analysts are prognosticating that an escalation in the trade wars could give pause to the Fed’s current rate-hiking policies moving forward as they could potentially stymie economic growth.

Powell didn’t sidestep the issue, commenting that the Federal Reserve is fully aware of the ongoing fret amongst not only the capital markets, but from actual businesses themselves.

“You will have seen that we have this very extensive network of business contacts around the country through reserve banks largely and we’ve been hearing a rising chorus of concerns from businesses all over the country,” Powell said.

However, despite the growing concerns of trade wars, Powell said its wide-ranging effects have yet to penetrate the economy and cause any disruptions. Bostic appears to share this same sentiment.