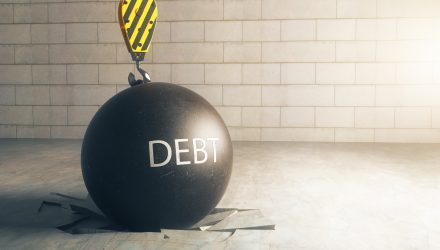 The total national debt for the U.S. has hit $21.9 trillion and to Federal Reserve Chairman Jerome Powell, his concern is growing along with the debt.

“I’m very worried about it,” said Powell said as he addressed The Economic Club of Washington, D.C. in a panel talk on Thursday. “From the Fed’s standpoint, we’re really looking at a business cycle length: that’s our frame of reference. The long-run fiscal, non-sustainability of the U.S. federal government isn’t really something that plays into the medium-term that is relevant for our policy decisions.”

Additionally, the annual deficit has reached $1 trillion, which could spell trouble for the country if a recession were to hit. Powell’s comments regarding the debt come as fears of a global economic slowdown are causing investors to fret despite strong economic data, such as a robust labor market.

“It’s a long-run issue that we definitely need to face, and ultimately, will have no choice but to face,” Powell said.