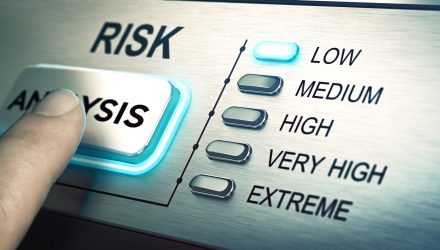 The Dow Jones Industrial Average plunged over 600 points on Thursday with the benchmark 10-year Treasury note ticking lower to 2.876, confirming a risk-off sentiment has taken hold of the capital markets as fears of a global economic slowdown permeate investors’ psyche.

It’s welcome news for the bond markets as inflows of capital flood the fixed-income space, but to equities investors, it could be a sign of more pain to come.

“The tide is turning,” said Komal Sri-Kumar, president of Sri-Kumar Global Strategies. “The fact the 10-year yield is falling so sharply after the massive correction on Tuesday—we don’t even have a dead cat bounce—says there’s a lot more pain ahead for equities.”

The reality that a tangible and permanent trade deal is necessary for the markets to continue responding to the upside might be settling in and the probability of reaching an agreement didn’t improve after news broke that Meng Wanzhou, the CFO of Huawei, one of the world’s largest mobile phone makers, was arrested in Canada  for sanction violations and faces extradition to the U.S. Investors reacted to Wanzhou’s arrest negatively as it could possibly squelch a permanent trade deal between the U.S. and China.