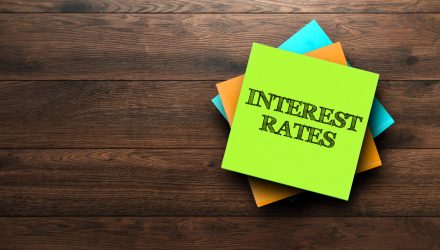 During the height of the historic bull market run in U.S. equities, global markets were almost certain that further interest rate hikes would continue through 2019, but now it appears that doubt is creeping in based on overnight index swap pricing.

Capital Economics provided a chart below that shows index swap pricing activity now expecting only two rate increases of at least 25 basis points as opposed to the previous three–a shift within a month’s time. A confluence of weaker economic data, increasing dovishness from the Fed, fears of an inverted yield curve, and stock market volatility has led to this reduced forecast. 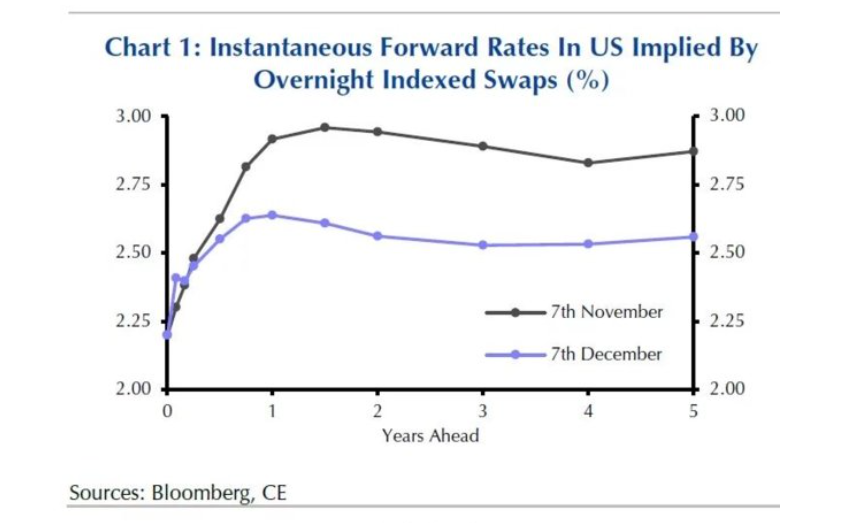 Despite the chart, however, Capital Economics is keen to see through the noise and maintains that the U.S. economy is still alive and well. Furthermore, the doom and gloom forecasted by global markets could be overhyped.

“Despite the ongoing turmoil in financial markets and the inversion of some parts of the US Treasury yield curve, the incoming US activity data has actually held up well in recent months,” said Simona Gambarini, an economist at Capital Economics. “As such, we still think that the Fed will raise rates three times between now and the middle of 2019, taking the fed funds target range to between 2.75% and 3.00%.”

However, Capital Economics does posit that further rate hikes will eventually come to a pause as economic data warrants an end to the Fed’s tightening.

“This will force the Fed to end its tightening cycle sooner than investors anticipate,” Gambarini said. “This is not yet discounted into the markets.”