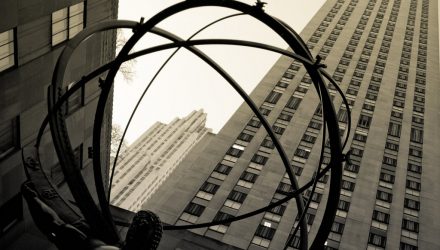 With the rise in interest rates and yields falling on U.S. government debt, the trend might portend to fixed-income investors, domestic and foreign, to continue gravitating towards high-yield investments and spurning safe-haven assets like government debt.

However, per MarketWatch, “data suggest the makeup of the U.S. bond market is undergoing a sea change. Foreign investors have become less prominent in the Treasury Department’s bond sales, while domestic investors have ramped up their holdings.”

The supply of short-term government debt has pushed up yields, which in turn, has flattened the yield curve–the spread between long-term and short-term yields. Often used as an indicator to predict a recession, the flattening curve suggests that fixed-income investors are not confident regarding the future prospects of economic growth.

“We normally observe the opposite – supply going up as central banks are cutting rates – which makes increased supply much easier to absorb since investors can hope for capital gains and are protected by carry and roll-down from steep curves,” said Ralf Preusser, head of global rates strategy at Bank of America Merrill Lynch.