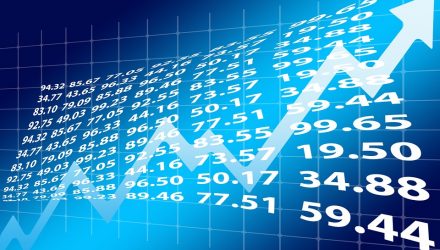 Benchmark Treasury yields continue to climb as the Labor Department revealed today that job growth in the month of September retreated to its lowest level in the past 12 months, but the unemployment rate fell to its lowest level in almost 50 years. Yields continued their weeklong ascent with the 10-year note hitting 3.237 and the 30-year settling to 3.403 as of 12:45 p.m. ET.

In addition, shorter duration yields also ticked higher with the 2-year reaching 2.897and the 5-year rising to 3.085. U.S. equities were not fairing well with the Dow Jones Industrial Average falling over 200 points, the S&P 500 down 20 points and the Nasdaq Composite down over 100 points.

“As I have been saying, two consecutive closes above 3.25 percent on the benchmark 30-year Treasury means that my statement in July 2016 that we were seeing the low — I said italicized, underlined and in boldface — is now, looking at the charts, thoroughly corroborated,” said Jeffrey Gundlach, chief executive of Doubleline Capital.

“The last man standing was the 30-year, and it has definitively broken above a multiyear base that should over time carry us to significantly higher yields. Also, the curve is steepening a little in this breakout, which is another sign that the situation has changed,” Gundlach added.

Looking closer at the mixed jobs data, nonfarm payrolls gained 134,000, which was over 50,000 jobs below the Refinitiv estimates of 185,000. However, the unemployment rate fell to 3.7 percent, which was one-tenth of a percentage below initial forecasts.