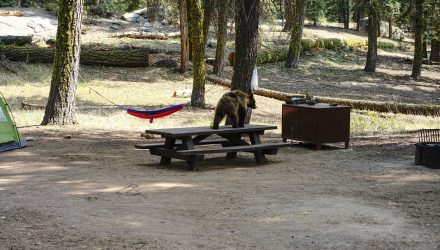 Are the Bears Leaving the Bond Market Picnic?

Fixed-income bears could be leaving the bond market picnic, according to a Reuters report that said hedge funds have recently backed off their bearish beats as U.S. equities continue to march forward on shaky legs while Federal Reserve officials speak with dovish tones.

“Speculators on U.S. futures markets slashed their bearish bets on 5-year Treasuries last week by the fifth largest amount since the Commodity Futures Trading Commission began compiling data in 1995,” wrote Jamie McGeever of Reuters. “This follows the third largest ever reversal in short 10-year Treasury futures the week before, and underscores the view that the Fed won’t raise rates next year nearly as much as it has indicated.”

The latest hedge fund moves come even though the general consensus in the capital markets is that a rate hike is slated for December, but the decision will also hinge on data, judgement and a little extra, according to Federal Reserve Vice Chairman Richard Clarida.

Not long ago, it seemed that a fourth and final rate hike to cap off 2018 was a sure thing, but the sell-offs in October and its spillover into November may have caused the Federal Reserve to take on a more dovish tone heading into December. Currently, the CME Group’s FedWatch Tool, an algorithm that calculates the probability of a rate hike in a given month, is showing a 79.2% chance the Federal Reserve will institute a fourth rate hike for December.

However, comments from various Fed members might be signaling otherwise.

Doves In, Bears Out

While the bears may be exiting the bond markets, the economic doves may start to be appearing as 2018 comes to a close. Fed Chair Jerome Powell exhibited signs of cautiousness as he discussed the economy at a symposium with Dallas Fed President Robert S. Kaplan earlier this month.