You are at:Home»Investing»Rising Prominence of Passive ETFs Are Causing Some Concern 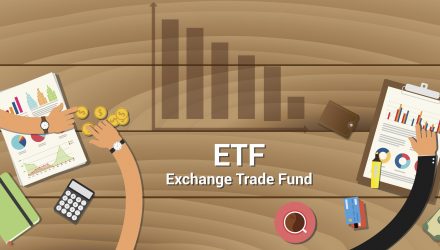 Rising Prominence of Passive ETFs Are Causing Some Concern

Trillions of dollars has found its way into passive index funds and ETFs, and now, some are worried that the heightened correlation or lockstep nature of these investments will affect the broader equities market.

According to the data and research side of S&P Global Inc., the rising inflows into and out of passive investments can have a very active effect on stock prices, reports Asjylyn Loder for the Wall Street Journal.

The recent market correction and bout of volatility earlier this year has intensified concerns that a mass exodus out of index funds could be a catalyst in an even larger sell-off.

Over the past decade, assets in passive funds that track to reflect the performance of a benchmark index have quintupled to $6.9 trillion, with ETFs among the most prominent investment vehicles to have attracted the increased investment interest.

Fears of Widespread Market Disruptions Due to ETFs May be Overblown

While S&P researchers found that the money flowing in and out of passive strategies affect asset price moves, the team concluded that fears of widespread market disruptions due to ETFs may be overblown. They found that price impact was “modest” and tended to fade within a few days. However, there could be more significant impact during a “perfect storm” of market turbulence, low liquidity and a stampede into or out of ETFs.

“Any strategy in the financial markets is fine when there’s a small number of people doing it, but when a large number of people do it, it can cause distortions,” Jared Dillian, an investment strategist with research firm Mauldin Economics, told the WSJ.

In early February, investors pulling money out of index-backed strategies exacerbated the precipitous declines, according to the report by S&P Global Market Intelligence.

Daniel Sandberg, a director at S&P Global Market Intelligence, argued that strategies tracking the S&P 500, including mutual funds, ETFs and other index-tracking investments, may have accounted for as much as one-third of the benchmark’s almost 3.8% decline on Feb. 8.