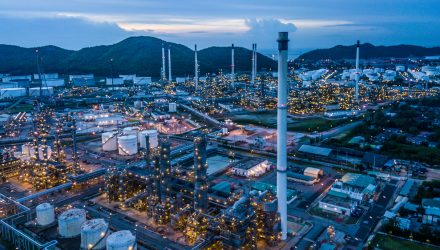 Asian spot liquefied natural gas prices increased to a more than four-month high this week as prices firmed in Europe and the United States, Reuters reports.

The average LNG price for September delivery into northeast Asia LNG-AS was at about $3.10 per million British thermal units this week or up 40 cents over the previous week. Meanwhile, the price for cargoes delivered in October was at about $3.50 per mmBtu.

“Market is bullish due to supply issues from Gorgon and also because European and U.S. gas markets are firm,” a Singapore-based LNG trader told Reuters, referring to the delayed restart of a production line at the Chevron-operated LNG plant in Australia.

Meanwhile, prices at the Henry Hub in the United States was higher on hotter-than-normal weather, which helped fuel cooling demand. Hot weather is expected to return after Hurricane Isaias cooled the East Coast, according to Refinitiv data. The Data provider projected U.S. demand, including exports, will rise from an average of 88.5 billion cubic feet per day this week to 90.6 bcfd next week and 91.9 bcfd in two weeks.

Across Asia, cities including Tokyo, Beijing and Shanghai are expected to see higher-than-usual temperatures next week, potentially rising demand for electricity as people increasing cooling demand as well.

“The LNG market’s worst days appear to be behind it, with fewer cancellations in September expected to bring utilization back toward 60% before an even stronger recovery in October,” Daniel Myers, market analyst at Gelber & Associates, told Reuters.