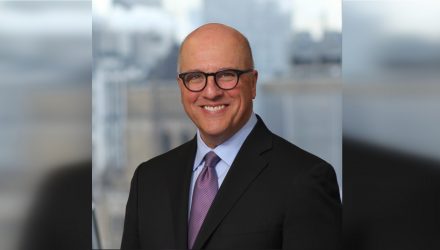 Investors have a lot on their plates right now, from the Fed’s messaging on interest rates to the looming prospect of a recession. As such, it may be prudent to take a look at the top-down macro focused investment approach at Richard Bernstein Advisors. Richard Bernstein Advisors offers several ETF-only strategies for a range of investment objectives and risk tolerances that are all rooted in the same macro focused approach, like the ESG-focused iMGP RBA Responsible Global Allocation ETF (IRBA).

ETF Trends: Why now for a strategy like IRBA?

Richard Bernstein: Okay, so probably two or three things that I would put right up front. Number one is the uniqueness of the RBA approach to investing. We are a macro firm. We know nothing about Coke versus Pepsi, Merck versus Pfizer. That’s not what we do. Everything we do is a macroeconomic perspective: size, style, geography, asset allocation. That’s what we do. A lot of investors say they’re macro investors, but then they go and pick individual stocks. We are pure macro investors. And we analyze the risk of our portfolios every week to make sure that the risk that we take is indeed macro factor risk and not stock selection risk, which most people don’t do either. So, number one would be the true macro aspect of RBA

Number two is, if I can say so and pat ourselves on the back a little bit, our unparalleled expertise in ETFs. The way we pick ETFs is not the way most people pick ETFs. Most people pick ETFs, by saying, “oh, I want small value,” so what they do is they go and look at the cheapest, most liquid small value ETF and call it a day.

That’s not what we do. We go through a very extensive process that we call X-raying the ETFs, which means to the investor, it’ll look like there’s 10 or 20 ETFs in a portfolio but to us, it will look like there’s thousands of securities. What we do is we download the holdings of the various ETFs into our risk model. And in aggregate, we look at the exposures across all the different ETFs that we are holding.

Why do we do that? Well, because a lot of ETFs are named something and then they don’t actually do what their name says they do. Or they have sector exposures or country exposures or something in there that you might not be aware of. And so, by downloading the holdings, we can look at the details of every ETF across the entire portfolio, and what that allows us to do is get a better fit to what we actually want to do from a macro perspective.

So, I would say that’s number two, X-raying the ETFs. Number one is the macro perspective. Number three is just our process. Most macro investors are very event driven, asking “what’s the Fed doing? What’s happening in China? What’s Congress doing? What’s happening here, what’s happening there?” It’s like everything these days is a hair on fire event. It’s either the best or the worst of everything, all the time. And that’s just not realistic.

The way to navigate this noise, if you will, the title of a book I wrote 20 years ago, but the way to navigate the noise is to follow a very hardcore and disciplined process. And that’s what we do come hell or high water, we are not event driven. We are very fundamentally driven. And we follow the exact same process all the time to get us away from this hair on fire environment that we are in today.

Take those three things, that leads you to RBA. So why RBA?

RBA has a number of different portfolios that have restrictive mandates. Some of them are volatility oriented. Some of them are risk return oriented. But the beauty of our firm is that the intellectual capital in every single portfolio is identical. We don’t have individual portfolio managers, we have one investment committee, and that investment committee oversees all these different portfolios that we run. And the reason why, if you think about it, there’s only one macro economy.

It’s not like we have thousands and thousands of stocks. And one could say, well, I like Merck more than Pfizer or Coke more than Pepsi. There’s only one macro economy. And what we do is we manage with the same intellectual capital in every single portfolio. We implement it differently depending on the restrictive mandate of the particular portfolio, which takes us to IRBA, which is an ESG portfolio.

ETF Trends: With so much volatility right now from all these big headlines, what does RBA’s approach say about the current market?

Bernstein: Let’s describe the environment real quick. The easy way to think about it is that we have two main factors going on right now. Number one, the Fed is tightening. And number two profits are decelerating. Everything else in our view is secondary compared to that.

If I asked you to draw a two-by-two matrix with one side having Fed tightening and Fed easing, and the other side having accelerating profits and decelerating profits, I’m sure you would not choose the box of Fed tightening and profits decelerating. And your intuition would be absolutely correct. That is the worst combination. And what kind of market do you get? Exactly what we’ve been experiencing. You get volatility.

You have the highest probability of volatile markets with that combination. Because realistically, there’s two inputs to equities. There’s interest rates and earnings. And they’re both going in the wrong direction. So why should the market go up? It’s really kind of that simple. And that’s what we’ve been working with. We’ve been working with that framework, whether it’s in the US or outside the US. So, the question is, what works in that environment?

People often respond and say, “you’re going to miss the turn.” There’s something wrong with that statement because when you’re really at a market bottom, nobody’s thinking about that, because they don’t care about equities anymore. But let’s assume for a second that the thought is a good one.

We’ve done lots of research. Dan Suzuki, our Deputy CIO, just updated it. And what the research shows is, this doesn’t work all the time, but it works about 70% of the time, that it’s better to be six months late, than six months early. And nobody ever believes that. The line you hear from people is we buy early, but we’ll be there at the bottom.

That sounds very prudent on the surface. But what it neglects to point out is that the last six months of a bear market are usually the worst, when people get their faces ripped off. That’s why they’re under their desk in the fetal position. So, when you buy early, but you’ll be there at the bottom, you’re investing into that worst period of the bear market. And it’s so bad that it takes you a very long time to make up for that drawdown.

ETF Trends: What surprises you most about the market right now, and what is the main thing you’re watching?

Bernstein: I don’t want to speak for my all of my colleagues at RBA, but I will tell you personally, the thing that I’ve been most surprised about are some of the sentiment data that you see showing that people are still in the game of tech, innovation, disruption, cryptocurrencies. They just refuse to give it up. And that’s typical, because people never want to give up the old leadership, but the strength of that sentiment is very shocking to me.

I just don’t understand how people can be so enthralled with speculation. Here’s the line that I say all the time. And this is not necessarily pertinent to IRBA, but I don’t think people realize since NASDAQ’s inception in 1971, since that point, the Dow Jones Utilities have outperformed NASDAQ. It shows you the power of compounding dividends. Utilities? Who talks about utilities. There was no sex appeal to utilities. I think that we have reached a very extreme point where people don’t understand that a lick.

ETF Trends: The RBA approach looks to three main factors: profits, liquidity, and sentiment. How does RBA assess sentiment in such a convoluted environment?

Bernstein: Sentiment itself at the very basic level is very important because as a good investor, you have to look for differences between perception and reality. This is very simple, if everybody thinks a Volkswagen is worth a Bentley, is that right, or if you can find a Bentley at a Volkswagen price, wouldn’t that be a good idea? That difference between perception and reality is really what drives real investment?

The basic of sentiment is not to say everybody’s bullish, everybody’s bearish, the basic of sentiment is to look for a perception versus reality. That’s number one. Number two, most sentiment measures are very short-term oriented. We’re not traders, we’re investors, we don’t find a lot of value in those short-term sentiment indicators. And I think the data would actually show that most of them are pure noise, they don’t show anything at all other than giving people things to talk about.

So, we’ll try to look at what we call structural sentiment, sentiment over quarters or months or years, where are people looking? Not just individuals, we look at institutional asset allocations, what are pensions, endowments and foundations doing? While individuals were very focused on cryptocurrencies recently, institutions were allocating to venture capital. Those are the type of things you look at.

And what are they saying now? Well, for the market as a whole, you’re finding people are getting more bearish, which makes sense given the markets are down. They’re not at an extreme yet, in most of the stuff that we look at. What drives them to extremes are those last six months when your face gets completely ripped off. We’re following a very normal process. Again, there’s nothing unusual going on. It’s a very normal process and sentiment. I personally am surprised that it’s not dying, that speculative fervor isn’t dying. But so be it.

ETF Trends: How should advisors be thinking about an RBA strategy in their portfolios?

Bernstein: People typically tend to use us in two different ways. One, they use us as kind of an alternative to alternatives. Because we are “go anywhere,” we don’t short — we’re long only — but because we can go anywhere some people tend to say, because you’re jumping around among all the different pigeonholes, growth, value, large, small, U.S., non U.S. They put us in some kind of an alternative bucket, and this would be an ESG overlay on top of that.