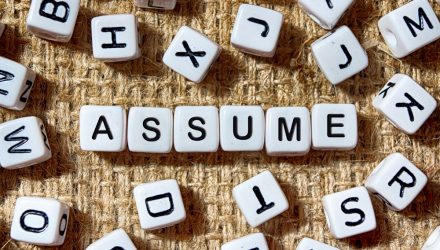 When it comes to planning for retirement, investors often make overly rosy — and incorrect — assumptions. These assumptions can be damaging to a retirement plan, since by the time an investor recognizes their mistake, it may be too late to fix it.

Over at Morningstar, the research and analytics firm’s director of personal finance Christine Benz lists four dangerous assumptions people commonly make when they plan for retirement, and provides ways to avoid them.

While long-term market gains have been healthy, there have been periods where returns have been much less so. The S&P 500 lost money on an annualized basis in the decade that ended in 2009, in part because equities were overpriced at the beginning of the period in 2000. And while stock prices aren’t in the same territory now, they’re also not cheap.

Instead of assuming that markets will always be strong, Benz advises that “investors should ratchet down their market-return projections somewhat just to be safe, at least for the next decade.”

Assumption #2: Inflation Will Be Benign

For the past two decades, inflation was easy to ignore when calculating retirement spending. However, recent events show that assuming consumer prices will remain steady is dangerous. If inflation remains high, retirees will need to take out more from their portfolios than initially planned.

Rather than assume that inflation will stay low, investors should use longer-term inflation numbers to guide their planning decisions. While it’s unreasonably pessimistic to assume that the currently high inflation will persist indefinitely, 3% or even 4% is a reasonable starting point.

Investors should also include inflation hedges in their portfolios such as stocks, Treasury Inflation-Protected Securities and I-Bonds, commodities, precious metals equities, and real estate.

Older adults are wanting to retire later. Employee Benefit Research Institute’s 2021 Retirement Confidence Survey revealed that 39% of respondents planned to retire after age 65, up from 11% in 1991.

However, there’s a difference between wanting to postpone retirement and actually doing so. EBRI research shows that 46% of workers leave the workforce earlier than planned. While part of that may be due to some getting rich off their stock portfolios or real estate holdings during the pandemic, a lot of this may also be due to such factors as health considerations, unemployment, or unsustainable physical demands from the job.

While working longer can provide continued portfolio contributions, delayed withdrawals, and delayed Social Security filing, Benz writes that “it’s a mistake to assume that you’ll be able to do so.”

If the numbers fall short, investors can plan to work longer while also pursuing other measures, such as increasing their savings rate and scaling back planned in-retirement spending.

“At a minimum, give your post-age-65 income projections a haircut to allow for the possibility that you may not be able to—or may choose not to—earn as high an income in your later years as you did in your peak earnings years,” writes Benz.

There’s often a disparity between what children expect to receive through an inheritance and what they actually get. While about 70% of Millennials surveyed by Natixis expected an inheritance, only 40% of their parents planned to leave one.

Adult children expecting inheritances that don’t materialize may overspend and under-save during peak earning years. By the time their parents pass away and don’t leave them the expected windfall, it may be too late to make up for the shortfall.

“Don’t rely on unknown unknowns,” Benz writes. “When incorporating an expected inheritance into your retirement plan, it’s wise to begin communicating about that topic as soon as possible.”