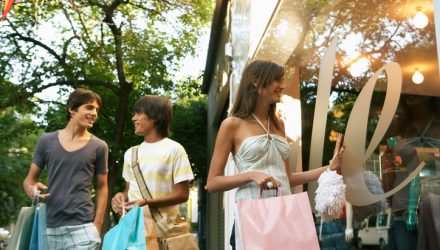 The Commerce Department revealed that sales at retailers and restaurants was 0.6% higher in July, the biggest rise since December due to an increase in internet sales.

“The source of the retail sales is still the non big-box stores,” Tom Stringfellow, chief investment officer of Frost Investments, told the WSJ. “It’s the internet, not the Home Depots or the Macys. It’s Amazon Prime.”

Dan Miller, director of equities at GW&K Investment Management, also argued that global markets remain resilient and upbeat, and the North Korea-U.S. spat was only a short-term event.

“The stock market should continue on its merry way. Things like North Korea or events in Virginia over the weekend, the market tends to look past those events,” Miller told the WSJ.

North Korean leader Kim Jong Un delayed a decision on firing missiles towards Guam, waiting to see what the U.S. does. Observers saw this posturing as another move straight out of Pyongyang’s playbook that should not surprise anyone.