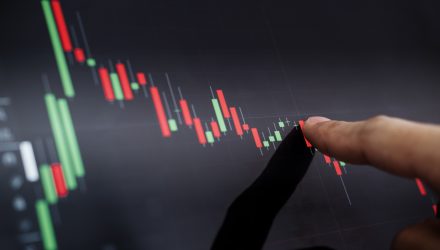 The Dow Jones Industrial Average fell 200 points as retail giants Amazon and Walmart struggled in the early trading session on Thursday. Walmart released its third quarter earnings that showed strong e-commerce sales to compete with Amazon, but they were received with mixed reactions.

“We have momentum in the business as we execute our plan and benefit from a favorable economic environment in the U.S.,” CEO Doug McMillon said in a statement.

As of 11:00 a.m. ET, both Walmart and Amazon were down 1.75% and 3%, respectively. Walmart’s case wasn’t helped when a Securities and Exchange Commission (SEC) filing revealed that longtime value investor Warren Buffett dissolved his stake in the company.

“The hard part for most investors is not so much that earnings are disappointing or not … the real issue is what’s going to happen next year,” said Bruce McCain, chief investment strategist at Key Private Bank. “There’s a sense that it can’t get too much better. Looking forward, with the market turmoil overseas and the recognition that the effect of the tax cuts will begin to wane, it’s hard to think it’ll get better.”

Amazon, however, did raise its annual earnings forecast on the premise that this season’s holiday shopping will be better than anticipated.

The markets have struggled this week as lingering trade worries crept back into the markets with reports that U.S. President Donald Trump is threatening to install more tariffs following last week’s midterm election rally. However, reports revealed that Treasury Secretary Steven Mnuchin and Chinese Vice Premier Liu He are resuming high level talks.