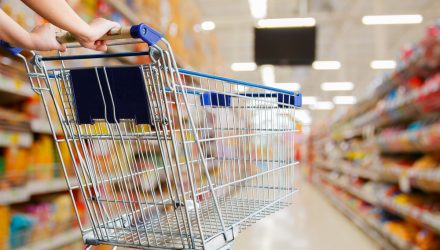 Retail ETFs Surge on a Record Jump in Consumer Spending

According to the Commerce Department, retail sales, a measure of purchases at stores, at restaurants and online, rose a seasonally adjusted 17.7% in May, the highest month-over-month advance on record, the Wall Street Journal reports. It also greatly surpassed expectations of a 7.7% increase.

However, retail spending remained below pre-pandemic levels in May, totaling $485.5 billion compared to $527.3 billion in February. The increase in retail sales last month helped recover 63% of the sharp drop over March and April, Reuters reports.

While the strong retail numbers helped fuel optimism over a rebound in a consumer-focused economy, some also warned that the recovery could be long and difficult as some parts of the country are seeing a resurgence of COVID-19 infections. Furthermore, the enhanced federal government unemployment checks will come to an end in July.

Federal Reserve Chair Jerome Powell warned U.S. lawmakers on Tuesday that “until the public is confident that the disease is contained, a full recovery is unlikely.”

Even after May’s surge, retail sales are still down 6.1% year-over-year in May and 8% below February levels. Consumer spending and the economy is on pace for their biggest contraction over the second quarter since the Great Depression. The economy was officially in a recession as of February.

“The economy and retail sales have hit the bottom in May and we have a V-shaped first stage of recovery,” Sung Won Sohn, a business economics professor at Loyola Marymount University in Los Angeles, told Reuters. “However, it will take quite some time to get back to anywhere near the levels of retail sales and economic activity we enjoyed around the turn of the year.”

The reopening last month of nonessential businesses has attracted cooped-up American consumers who have looked to car dealerships and spent more on gasoline, apparel, and restaurants. Consumers may have been sitting on cash stores as personal savings increased at a record of $337 billion in April and the saving rate touched an all-time high of 33%.