You are at:Home»Equity ETFs»Retail ETFs Gearing Up for What Could Be a Record Cyber Monday 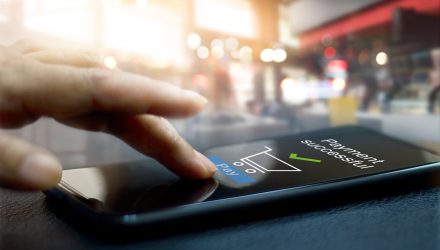 A post-Thanksgiving case of food coma didn’t stop online shoppers as Black Friday reached record sales last week, which could have a spillover effect into Cyber Monday as retail exchange-traded funds (ETFs) could stand to benefit even further.

“At a high level, we believe Black Friday week was a success, one that should give investors a little more confidence as we move deeper into holiday,” said Wells Fargo analysts, who also noted that last week’s Black Friday has been the strongest since 2013. “On top of the solid traffic, what we found to be equally as compelling was a fairly consistent pricing cadence during (Black Friday week).”

The sales increase speaks to the obvious shift of consumer spending habits from brick-and-mortar retail to the convenience of online shopping as Adobe Analytics also reported that half of the $6.22 billion in sales came from mobile devices like smartphones. Furthermore, shoppers were more inclined to use their mobile devices to locate deals and make purchases.

“For merchants, this portfolio of connected devices represents an unprecedented opportunity to capture and convert consumers into customers wherever they are, and whenever they happen to be in the mood to make a purchase,” said Karen Webster of PYMNTS.com. “In fact, Adobe reported that 49 percent of online traffic on Black Friday was generated by smartphones, and the devices were used to turn 30 percent of all online purchases into sales.”