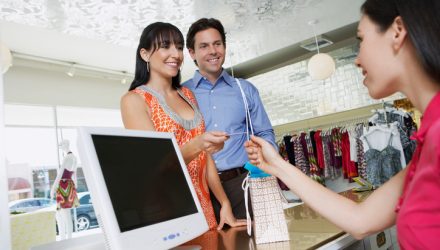 Retail ETF is on Sale… Again

“The Commerce Department said on Friday retail sales jumped 1.6 percent last month also buoyed by a surge in receipts at services stations, which reflected higher gasoline prices after Harvey disrupted production at oil refineries in the Gulf Coast,” reports Reuters. “Last month’s increase in retail sales was the largest since March 2015. Data for August was revised to show sales slipping 0.1 percent instead of the previously reported 0.2 percent drop.”

Related: Sector ETF Plays to Keep on Your Radar Ahead

Still, some market observers are leery about the retail space.

“I think there’s a little bit of a trade here between getting away from the ETF, and maybe pick some of the guys that are really badly beat up,” said Max Wolff of Disruptive Technology Advisers in an interview with CNBC.