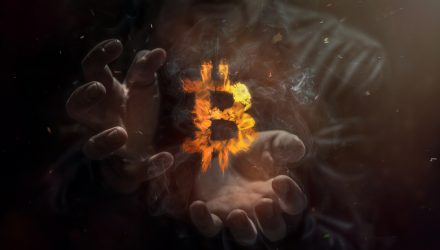 Per a story by the Wall Street Journal referencing the Bitwise report, “Nearly 95% of all repo

rted trading in bitcoin is artificially created by unregulated exchanges, a new study concludes, raising fresh doubts about the nascent market following a steep decline in prices over the past year.”

On the other hand, Bitwise, a provider of index and cryptoasset funds, said it met with the SEC with regard to its application for a crypto-based ETF. On the surface, the report might cast more doubt on a cryptocurrency industry that is a lightning rod for manipulation, but it also shows regulators what is real and what isn’t in terms of cryptocurrency trading.

In essence, excluding the artificial trading will also highlight the real trading where an efficient market is actually taking place.

Bitwise’s application for a bitcoin ETF will essentially focus on the percentage of trading that is deemed legitimate. According to Hougan, this data comes from 10 regulated exchanges that can verify the veracity of the trading and its respective traders.

“The idea that there’s fake volume has been rumored for a long time, we were just the first people to systematically look at which exchanges were delivering real volume,” Hougan told CNBC.

All in all, the report was meant to place the legitimate trading under a microscope to show the SEC that the cryptocurrency market can thrive under the auspices of a regulatory system. All in all, the crypto faithful are not ready to cede its ambitions for a Bitcoin ETF.

“I hope everyone sees there is a real market for bitcoin,” he said.

Does this essentially dash the hopes of cryptocurrency investors who are waiting for that trigger event like the thumbs up for a bitcoin ETF by the SEC? Not necessarily, according to SEC Chairman Jay Clayton.

Clayton recently stated there “may be a case where a Bitcoin ETF could satisfy our rules.”  He suggested the technology is “demonstrating significant promise in the places where it’s consistent with our approach to capital raising in the past.”