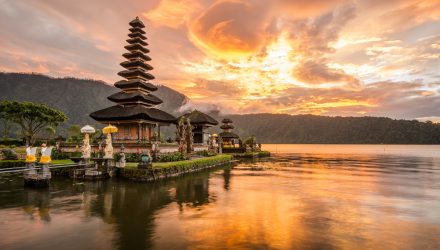 Indonesia country-specific exchange traded fund has been rebounding on hopes of a recovering economy as businesses reopen, despite ongoing difficulties with the coronavirus outbreak.

Jakarta is reopening its economy despite its ongoing struggle with the coronavirus or COVID-19 outbreak. Coordinating Minister for Economic Affairs Airlangga Hartarto said Southeast Asia’s biggest economy will need to adapt to the pandemic, which has already put 2 million people out of work in two months, Bloomberg reports.

“Whether we like it or not, we have to live with it,” Hartarto told Bloomberg. “We have to manage it. We cannot stay at home until next year. There will be more people hungry and they will become angry.”

Indonesia is easing lockdown measures in areas where infection rates are under control, reopening malls and restaurants, and permitting religious gatherings to take place again.

The Southeast Asian country of 265 million people, the fourth most populous in the world, saw new COVID-19 cases double over May and suffered the highest number of fatalities in the region.

“Nobody is saying it’s mission accomplished,” Hartarto added. “We have to live with diseases. We have to adjust and adapt” as long as there’s no vaccine.

Indonesia’s economy likely shrunk by less than 3% over the second quarter. Consequently, the government is willing to widen its fiscal deficit further to support the economy that has been ravaged by the pandemic. The government has set aside 642 trillion rupiahs, or $44 billion, for an emergency virus response, with the budget deficit expected to widen to at least 6.3%.

Government officials are also planning additional stimulus measures, including a 9.4 trillion rupiah for the farming and fisheries sectors.

“We will provide the necessary financial support when it is required,” Hartarto said.

Hartarto maintains the country will hit its official forecast of 2.3% economic growth for 2020.