You are at:Home»Advisor Solutions Channel»Renewed Trade Talks Between U.S. and China Bolsters Dow 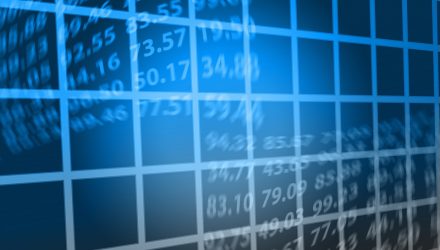 The markets are looking to build off last Friday’s good vibes from renewed trade talks between the United States and China as the Dow Jones Industrial climbed over 70 points, while the S&P 500 gained .06% as of 11:10 a.m. ET. The Nasdaq Composite was down 0.27% to start the early session.

Nike Inc and Johnson & Johnson led the Dow, while Estee Lauder Companies Inc carried the S&P 500 and JD.com Inc bolstered the Nasdaq. The positive market effects continued from renewed trade talks between the U.S. and China as the two economic superpowers are resuming talks, which marks a step forward from the back-and-forth trade spat that has negatively impacted markets around the globe.

“Perhaps it’s time to stop using the adjective ‘escalating’ to describe the trade war,” said Ed Yardeni, president and chief investment strategist at Yardeni Research. “What if this all leads to less protectionism once the fog of war clears? This possibility sure helps explain why the US stock market has performed so well so far this year.”

This week could see the major indexes reach record-highs as the extended bull run continues its rally–a run that market strategists believe is the longest bull market recorded. The S&P 500 was only 0.8% below its Jan. 26 record, while the Dow and Nasdaq were just 3.6% and 1.5%, from reaching their own record levels, respectively.