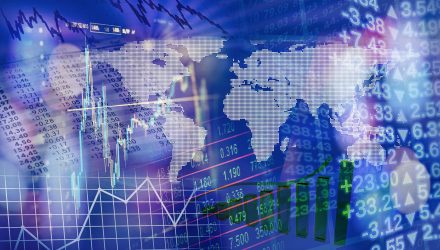 Will Trade War Be a Bane or Boon to Emerging Markets?

The U.S.-China trade war has for the most part been a bane to emerging markets (EM) since last summer, but with the Federal Reserve realizing the implications of a protracted tariff tussle, more rate cuts could be a boon to EM as well. How should investors play EM this time around?

“In the past, emerging markets looked to the Federal Reserve for cues about monetary policy. Increasingly, they’re turning to the yield curve,” wrote Shuli Ren of Bloomberg. “Chairman Jerome Powell must regain control of the narrative at Jackson Hole this weekend before his equivocation leads to deeper turmoil in developing economies.”

Of course, then the capital markets turn to trade wars as a potential global economic disruption.

For many years China (and many other countries) has been taking advantage of the United States on Trade, Intellectual Property Theft, and much more. Our Country has been losing HUNDREDS OF BILLIONS OF DOLLARS a year to China, with no end in sight….

Thus far, market volatility due to U.S.-China trade wars has been a progenitor of suffering in the EM space. However, this sets up a trading opportunity for investors to capitalize on EM weakness and slide into DM strength.

The U.S.-China trade war is certainly injecting a dose of distaste for certain markets and one in particular is opportunities overseas like EM. As U.S.-China trade deal negotiations began to break down, emerging markets took a gut shot, but while they might be reeling, they could stage a late-round comeback.