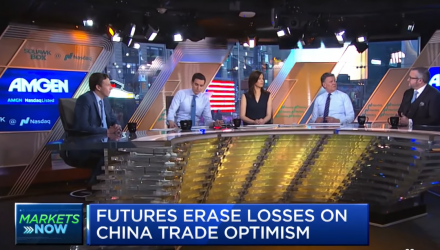 The fall in emerging markets came despite the Dow Jones Industrial Average surging over 400 points on optimism that the United States and China would reach a trade deal. However, Asia markets were hit when China’s January producer prices slowed for the seventh straight month.

“We’ve been running on a prospect of things looking much more promising…and now we still don’t know what’s going to happen,” Carnell said.

In the video below, Andres Garcia-Amaya, founder and CEO of Zoe Financial, and David Bahnsen, CIO of the Bahnsen Group, join CNBC’s “Squawk Box” team to discuss the broader markets. The panel touches on the Fed, China trade talks, emerging markets, and much more.