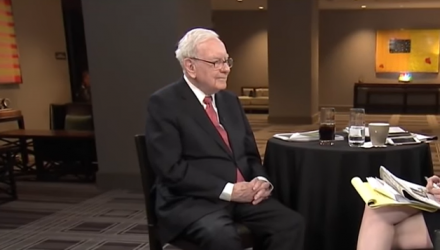 American business magnate and Berkshire Hathaway CEO Warren Buffett recently increased his position in Delta Air Lines, according to an insider filing necessary for ownership of 10 percent or more of a company.

Buffett’s position in Delta has been in the works since the third quarter of 2016 when share prices stood at $38 per share. According to estimates by GuruFocus, Berkshire Hathaway’s gain is close to 10 percent at the close of Monday’s trading session.

Historically, Buffett has been reticent to add airline stocks to his portfolio so the recent moves come as somewhat of a surprise. GuruFocus says that “Delta is the largest airline position in Berkshire’s $183 billion common stock portfolio and 11th biggest position overall at 1.79% of its value.”

Related: Apple Stock Is Too Expensive for Warren Buffett

Furthermore, the added position comes as airlines are now under pressure following the Ethiopian Airlines crash of a Boeing 737 MAX 8 plane over the weekend that resulted in 149 lives lost. The incident marked the second deadliest crash involving the Boeing 737 MAX 8 within a span of just five months.

However, per a report by CNBC, “Delta Air Lines joint venture partner Grupo Aeromexico said it grounded its six Boeing 737 MAX 8 aircraft “until more thorough information” on the crash is provided.”