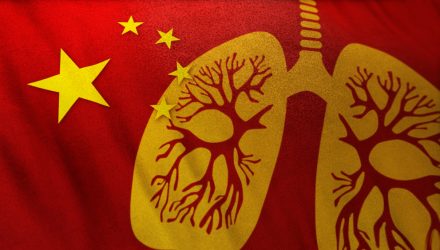 U.S. Stock ETFs Retreat on Fears Over the Virus Outbreak

U.S. markets and stock ETFs tumbled Friday as the threat of the coronavirus outbreak weighed on investor sentiment.

Adding to the outbreak fears, U.S. health officials revealed a second case of Wuhan coronavirus in the United States was detected in Chicago, Reuters reports. Updates on the outbreak in China also showed that the virus has already killed 26 people and infected over 800 in the past week despite Beijing’s contaminate efforts, raising concerns over the potential negative effect it will have on the global economy.

“It has taken the wind out of the market, because for now other than (Intel and American Express) we have stocks coming under some selling pressure,” Peter Cardillo, chief market economist at Spartan Capital Securities, told Reuters.

Analysts anticipate earnings at S&P 500 companies to dip 0.5% in the fourth quarter, but they held a more optimistic outlook, forecasting a 5.5% rise for the first quarter of 2020, according to Refinitiv IBES data.

Meanwhile, in overseas European markets, German stocks were higher after data on purchasing managers’ indexes suggested the manufacturing sector in the Eurozone, notably Germany, was doing better than expected, with stabilizing export orders after a long period of declines.

“The markets are reacting to the signs of bottoming in German manufacturing,” Mike Bell, global market strategist at J.P. Morgan Asset Management, told the WSJ. “It’s pretty key because the big question on everyone’s mind has been: Is there recession risk? And the most obvious risk there was a downturn in European manufacturing.”