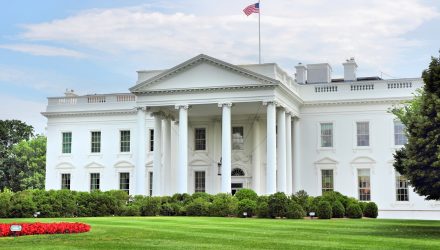 U.S. markets and stock ETFs rebounded Tuesday after the White House said it would allow some temporary exemptions for companies doing business with Huawei.

The technology sector led gains with chipmakers and hardware manufacturers rallying. Analysts attributed Tuesday’s gains to the U.S. officials’ plans to provide Huawei clients a reprieve from a trade blacklist, which fueled optimism over trade between U.S. and China, the Wall Street Journal reports.

The move “gives both sides more time to cool down and consider whether they’re going to take the step into the abyss,” John Vail, chief global strategist at Nikko Asset Management, told the WSJ.

Many still hold onto hopes that the two countries can came back to the negotiating table and hash out a compromise.

“It was a positive move on behalf of the Trump administration because at certain point we do need a trade agreement and it shows that they are still focused on getting a deal done,” John Traynor, chief investment officer at People’s United Wealth Management, told Reuters. “But getting through this really needs to happen very quickly because it is slowing business investment.”

“This won’t be a one-day event. Huawei is entrenched on so many parts of the tech sector, this could take days or weeks to untangle,” Jasper Lawler, head of research at London Capital Group, told the WSJ, adding that Monday’s stock pullback was a “reality check” for U.S. officials that revealed how pervasive Huawei’s goods have become with its counterparts in the U.S.