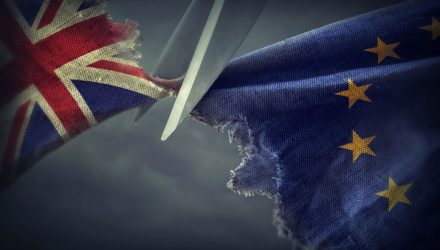 By George Prior, Prior Consultancy

The warning from deVere Group’s founder and chief executive, Nigel Green, comes as it is reported by City AM on Friday that the UK government believes it can get Brexit over the line on October 31 as the Article 50 deadline – European legislation – overrides any British attempt to stop it – in the form of the UK parliament’s Benn Act.

In addition, Sir John Major, the former Prime Minister, has warned that Boris Johnson could use ‘political chicanery’ to try to force No Deal Brexit at the end of October.

He said he worried the privy council’s powers could be abused to suspend the law designed to stop the UK crashing out.

Mr. Green notes: “Under the Benn Act, Boris Johnson must ask the EU for an extension to Article 50 if no Brexit deal wins a pass through parliament by 19 October.

“The PM has said he would comply with this requirement – while at the same time saying the UK will definitely leave the EU on October 31.

“This sounds contradictory.  And maybe the reason he is saying this is his reported secret plan to use EU law to override British law and stick to the EU-imposed deadline of Halloween to deliver Brexit.”

He continues: “Mr. Johnson seems determined to get Brexit done come what may – including allegedly lying to the Queen and unlawfully suspending parliament.

“So it will come as no surprise to many that he would also ride roughshod over British processes and somewhat ironically invoke European ones – to get it over the line.

“This raises the specter considerably of a hard Brexit.”

He goes on to say: “With the pound likely to be further pummelled by crashing out, with UK financial assets – perhaps with the exception of real estate – taking a hit, and with the impact on international exports and global implications for international trade, it’s imperative that investors revise their portfolios.

“They need to ensure that they are properly diversified to mitigate the risks and are best-positioned to seize the important buying opportunities to grow their wealth.”

Mr. Green concludes: “It can be expected that a growing number of UK and global investors will move their assets overseas as Britain stumbles towards a hard Brexit.”