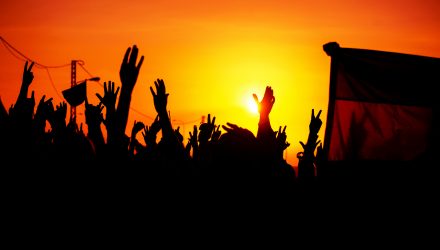 EM investors have been feeding off news that U.S. President Donald Trump is open to extending the 90-day trade truce that is set to expire on Friday. The softened stance by President Trump didn’t necessarily surprise investors, but rather confirmed their notions.

However, as opposed to optimistic headlines, investors may be looking for something more tangible.

“Unless the trade war truly turns into an extended truce, the weakening trend may not end quickly,” said Iris Pang, a Greater China economist at ING.

National Economic Council Director Larry Kudlow told CNBC that ongoing negotiations with China are making “fantastic” progress. During the interview, Kudlow said that the world’s second largest economy was willing to make key changes regarding the theft of intellectual property, which has been a major point of contention during the trade talks.

“Last week was fantastic,” Kudlow said. ” “We’re making great headway on nontariff barriers and tariffs regarding various commodities such as soybeans and energy and beef. We have mechanisms with regard to enforcement, which is — I think — unparalleled.”

No Deal with North Korea

The lack of a tangible trade deal as of yet was backed by President Trump leaving a summit with North Korea without a deal to denuclearize. Despite Trump saying that the meeting was on friendly terms and that the U.S. is open to future negotiations, some analysts are surprised that no deal was reached.

“No deal is a surprise, it would be for most experts, especially as they were both all smiley last evening,” said Lim Soo-ho, senior research fellow at South Korea’s Institute for National Security Strategy.

As the trade deadline looms, it could be a bumpy ride for emerging markets. As news regarding trade permeates the markets, the EM space will be one of the more sensitive areas to respond.