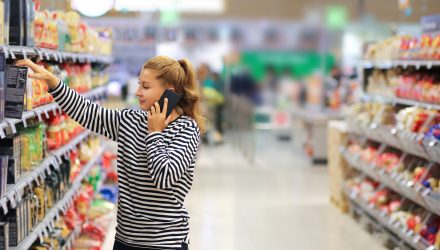 Growth within the U.S. economy rebounded in the first quarter this year, beating analysts’ expectations of 2.5 percent growth with a 3.2 percent growth number. Will this spur a move for investors into more cyclical sectors as opposed to more defensive sectors like consumer staples?

Nonetheless, for investors who are unsure about this upbeat figure given that there’s still a lingering fear of slower global economic growth, they can look to consumer staples exchange-traded funds (ETFs).

Here are 10 of the biggest in terms of total assets via ETFdb.com (click the fund for research, charts and associated data):

Other ETFs for the Consumer vs. Defensive Angle