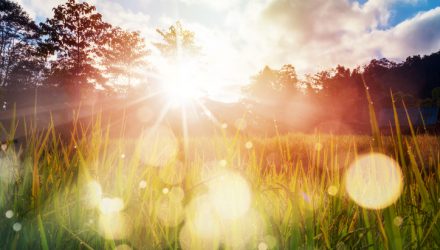 Time For EM To Shine?

While phase one of the U.S.-China trade deal remains unsigned, both parties have agreed to terms that takes steps towards removing a substantial overhang in international markets, especially those in emerging markets. Investors began to anticipate that development, which helped EM cut into the lead that developed markets built over the last year as investors favored the less risky segment of international equity markets.

Due to their place in the global supply chain, emerging markets are highly dependent on global trade, and the group should benefit from a de-escalation of trade tensions. We believe the recent development should provide a boost to emerging markets even as they hit an eighteen-month high.

Emerging Markets Are On Fire In December 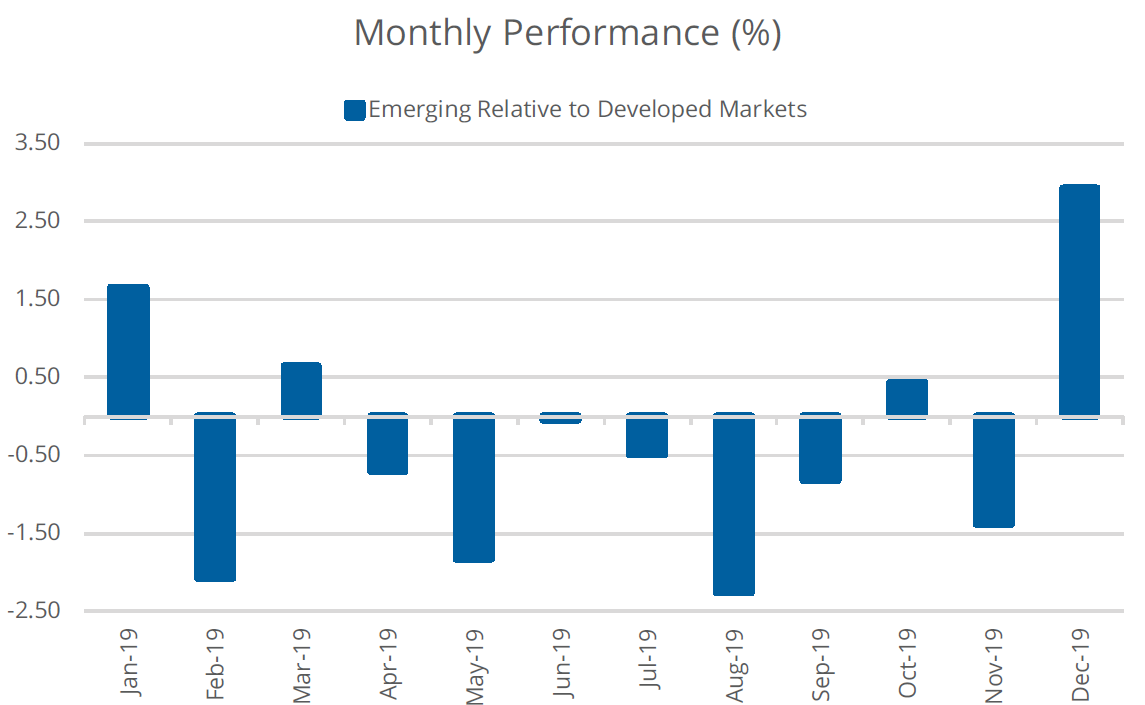 Both Developed And Emerging Market ETFs Are Seeing Strong Flows 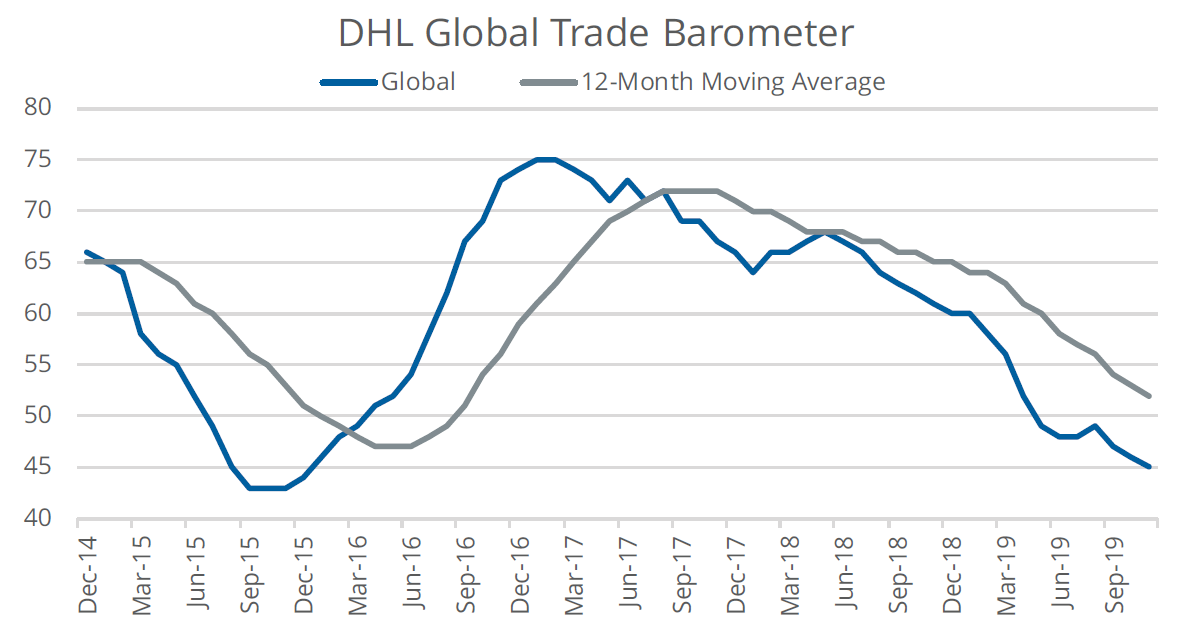 In addition to better news on the trade front, another macro positive for emerging markets would be a decline in the U.S. dollar, which has remained persistently strong relative to especially to those of emerging market countries. 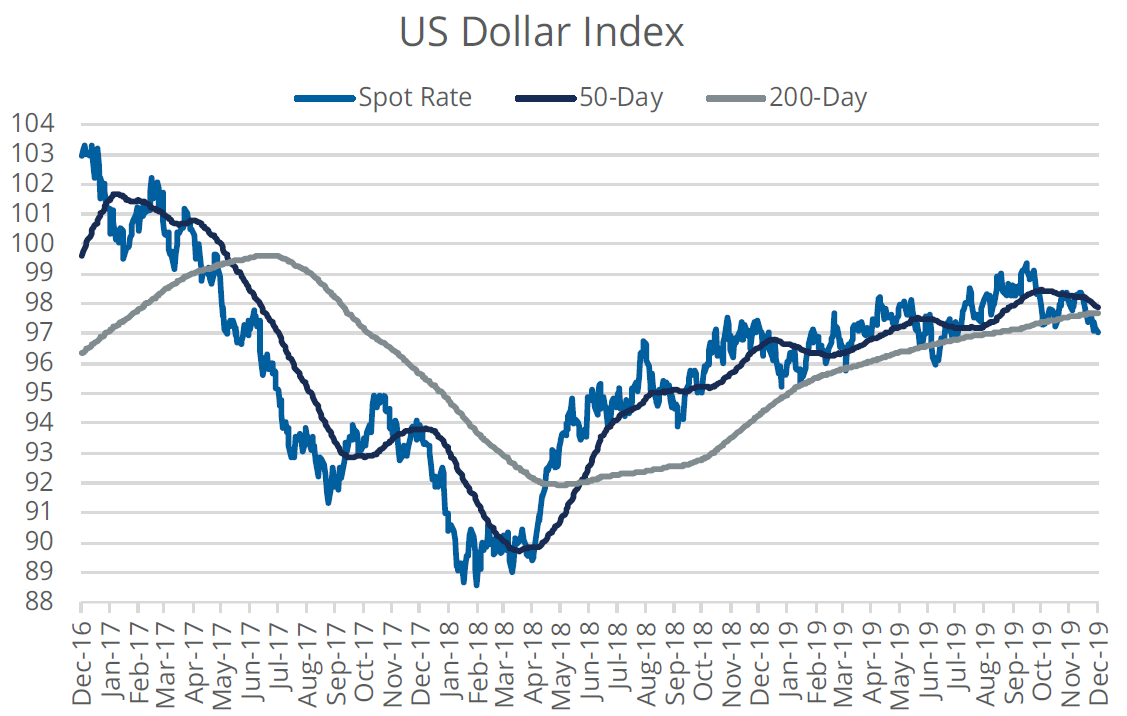 Shares of the Direxion Shares are bought and sold at market price (not NAV) and are not individually redeemed from a Fund. Market Price returns are based upon the midpoint of the bid/ask spread at 4:00 pm EST (when NAV is normally calculated) and do not represent the returns you would receive if you traded shares at other times. Brokerage commissions will reduce returns. Fund returns assume that dividends and capital gains distributions have been reinvested in the Fund at NAV. Some performance results reflect expense reimbursements or recoupments and fee waivers in effect during certain periods shown. Absent these reimbursements or recoupments and fee waivers, results would have been  less favorable.

Direxion Relative Weight ETFs Risks – Investing involves risk including possible loss of principal. The Funds’ investments in derivatives may pose risks in addition to, and greater than, those associated with directly investing in or shorting securities or other investments. Investing in, and/or having exposure to, emerging markets instruments involves greater risks than more developed markets due to the potential for greater market volatility, lower trading volume, higher levels of inflation, political and economic instability, greater risk of market shutdown and more government limitations on foreign investments in emerging market countries than typically found in more developed markets. There is no guarantee that the returns on the Funds’ long or short positions will produce high, or even positive returns and the Funds could lose money if either or both of the Funds’ long and short positions produce negative returns. Please see the summary and full prospectuses for a more complete description of these and other risks of the Funds.