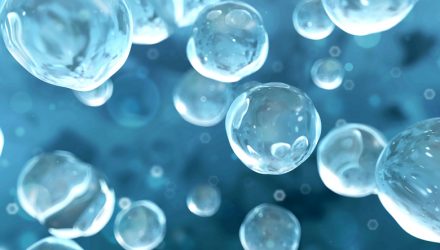 The IPO Market Is Nowhere Near a Bubble

Who remembers Pets.com? It launched one of the world’s first online pet stores. It never did sell many dog collars or cat treats. But its witty branding made it a cultural phenomenon in America.

Maybe you remember its goofy mascot from the late 1990s.

The dog sock puppet appeared on Good Morning America. He floated down the streets of New York City during the 1999 Thanksgiving Day Parade. He even got on TV during Super Bowl XXXIV.

You Might Have Less Fond Memories of Pets.com If You Had Owned Its Stock

Normally, it takes a company many years to build up to an IPO.

Normally, before you IPO, you have to build a business, find customers, prove your business model, generate significant sales, and maybe even turn a small profit.

The late 1990s were anything but normal. Pets.com wasn’t even two years old when it went public. The ink on its business plan had barely dried.

The whole company sold less than $6 million worth of pet supplies total before filing for its IPO. Today, a single PetSmart store brings in around $4.3 million per year, on average.

But this was the late ‘90s. Who needs a real business when you have “.com” in your company name? Pets.com raised $82 million in its IPO. And all that cash went up in smoke.

Its stock plummeted from $14 to just $0.22 in nine months. On January 1, 2002, the company closed its doors and laid off hundreds of employees.

I’m sharing this history with you because…

IPOs Are Getting Hot Once Again

More than 75 companies have gone public this year.

Together, these companies have raised more than $31 billion. That’s the most since 1999 when IPOs raised $58 billion. This has some people nervous.

Just last week, CNBC’s Jim Cramer called the IPO market a “travesty of a mockery of a sham.” Others have described the current IPO market as “euphoric” or a “bubble.” Some are even calling for a repeat of the dot-com crash.

I get it… it’s human nature to be scared of what’s burned you before. But this whole line of thinking is wrong.

Avoiding IPOs today is one of the worst decisions you can make as an investor.

Have You Heard of Chewy.com (CHWY)?

It runs the largest online pet store in the US today. Chewy has sold more than $4.2 billion in pet supplies in the last year alone. That’s more than 700 times more revenue than Pets.com earned ahead of its IPO. And Chewy is growing sales at an impressive 68% per year.

Chewy has achieved everything Pets.com set out to do. It’s basically the second coming of Pets.com, with one very important difference: It’s a real, viable, growing business!

Chewy IPO’d in June. Enthusiasm for the stock has been lukewarm at best. After jumping on day 1, it has fallen 24% overall.

Does That Sound “Euphoric” or “Bubbly” to You?

In 1999, the median age of a company at IPO was just four years.  If you bought into an IPO back then, you were likely rolling the dice on a startup.

The median IPO generates sales of $174 million today. In 1999, that number was just $12.1 million. So, companies going public today are doing 15X times as much in sales. And, in 1999, the average first-day return for an IPO was 71%. The total opposite is happening today. Today’s market is skeptical of IPOs. It is punishing companies that go public at too high a valuation.

There’s a long list of disruptive businesses that have bombed after going public. Uber (UBER), Lyft (LYFT), and Slack (WORK) are obvious examples. (Side note: read here why I believe Uber will crash on November 6, which presents a big investment opportunity).

If the IPO Market Were in a Bubble, This Would Not Be Happening

If euphoria was in the air, investors would be piling into these stocks.

And remember, most of those ‘99 IPOs were for laughably bad businesses like Pets.com. It would be a stretch to even call many of them “businesses.”

Keep all this in mind the next time you hear someone call IPOs a bubble.

Pick the Right IPOs, Not Ones Hyped Up by Media

Of course, not every company that’s gone public recently has gotten clobbered. The right IPOs have been incredible investments.

Smartsheet (SMAR)—a company offering a unique work collaboration platform—also had an explosive IPO. It returned 209% in a little over a year.

Unfortunately, most investors will never hear about these companies.

The financial media would rather go on and on making bogus bubble comparisons to 1999. They’d rather talk about Uber over… and over… and over again than tell you about these opportunities.

Get our latest report where I reveal my three favorite stocks that will hand you 100% gains as they disrupt whole industries. Get your free copy here.