You are at:Home»Relative Value Channel»Russell 2000 ETF: A Surprise Selection For June 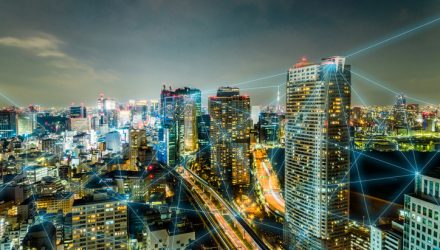 As investors have recently eschewed some riskier market segments, the iShares Russell 2000 ETF (NYSEArca: IWM), the largest ETF tracking smaller companies, is lower by almost 1% this month, but that does not mean investors should IWM and rival small-cap ETFs in June. Actually, historical data indicate the opposite is true.

Good news: historical data confirm IWM is a winner in June, a month not usually known for being kind to stocks.

“On the other hand, IWM manages a 0.54% gain, on average, during the month of June,” according to Schaeffer’s Investment Research. “The Russell 2000 tracker is positive 60% of the time during the final month of the second quarter. This seasonality quirk could give the small-caps an edge over tech stocks in the immediate post-Memorial Day period.”

However, the recent momentum in the U.S. dollar and weak inflation could help strengthen the small-cap segment since these smaller companies are more closely tied to the domestic economy than heir larger multi-national peers. Small-caps are more insulated from the negative effects of a strong USD since most of their revenue come from the domestic economy, whereas larger companies have more overseas exposure, so foreign revenues are smaller when converted back to the strong dollar.

On the flip side, while IWM is a solid performer in June, investors may want to be cautious with the small-cap ETF as summer moves along.

“While SPY and QQQ both tend to get their worst month of the year out of the way in June, it comes for IWM in August. The ETF averages a drop of 0.97% this month, with 50% positive returns. Likewise, SPY goes negative in August — though not quite as drastically as IWM, with a 10-year average return of 0.53% for the month, and 60% positive returns,” according to Schaeffer’s.

Investors have pulled $1.16 billion from IWM in the second quarter, an outflows total surpassed by just nine other ETFs.